“JUST AS THE BLUSHING DAWN GIVES PROMISE OF THE GLORY OF THE SUNRISE, SO THE BETROTHAL RING, AS THE TOKEN OF A PLEDGE, SERVES TO HERALD, AS IT WERE, AN EMBLEM THAT DENOTES THE FULFILMENT OF THE VOW.”

Evidence of the engagement tradition dates back as far as the caveman. Back then, instead of proposing with a ring, they most likely used a club. The Pharaohs of Egypt, however, are credited with being the first to use a ring in the form of a circular band as a symbol of eternity. By Roman times, it was an established tradition to give a ring, a symbol of the cycle of life and eternity, as a public pledge that the marriage contract between a man and a woman would be honored. Gold was introduced some time in the second century A.D. Soon, the Christians adopted the custom, and the ring became an integral part of the marriage service.

By medieval days, colored gems, and diamonds combined with colored gems became the fashion. For rings of love, ruby was a particular favorite because it was the color of the heart. Sapphire was also popular since it was the color of the heavens. Diamond held a particularly regal position at this time. It was one of the rarest and costliest of gems. And it was prized above other gems for marriage because of its unique properties and the many special powers attributed to it. While reserved for only the most privileged, it became the choice for those fortunate enough – or powerful enough – to acquire one.

What you can read next 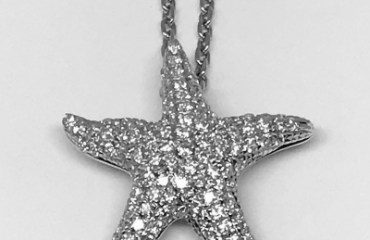 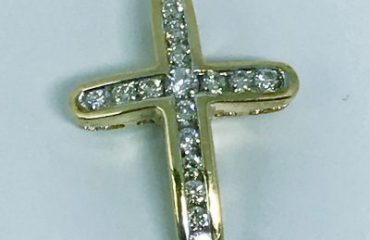 A stunning reminder of your faith.

VISIT OUR FRIENDS AT